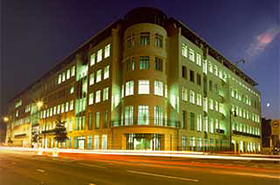 The fusion of two industry leaders brings together the marketing and videographic skills developed by its two founding partners. Both partners have worked with major blue chip companies such as Xerox and T-Mobile, leading actors such as David Jason and Daniel Craig, plus major recording artists like Status Quo, and the Happy Mondays.

Whilst thinktank and its new partner organisation have provided a full range of corporate video productions, music videos, documentary films and other video services for clients since 1997, the formation of its new video division adds an extra dimension of creativity. This is one of the most exciting new video production companies entering the industry in the north west of England. And, soon to be opening in London also, where high-end corporate video production services will be available to London clients, making it more convenient to access services for clients currently using the Manchester agency base at the moment.

Whilst the two partners are responsible for a large number of high profile media and video project successes, since the division has been announced, a leading US industry giant has commissioned seven corporate videos from thinktank marketing, helping to win some major contracts from around the world.

Stuart Murphy, principal consultant and executive producer says, “this new division will add considerable weight to the company’s services, bringing TV advertising, corporate video production and pop-video services in-house. The division plans to invest in a new state of the art video studio in 2009 at the same time as the corporate video division opens in London. Meanwhile thinktank’s advertising team continues to develop viral advertising campaigns independently from thinktank video productions, with the two divisions planned to merge in the near future.

We use cookies to give you the best experience on thinktank's website. By using this site we will assume that you are happy with it.OkPrivacy policy