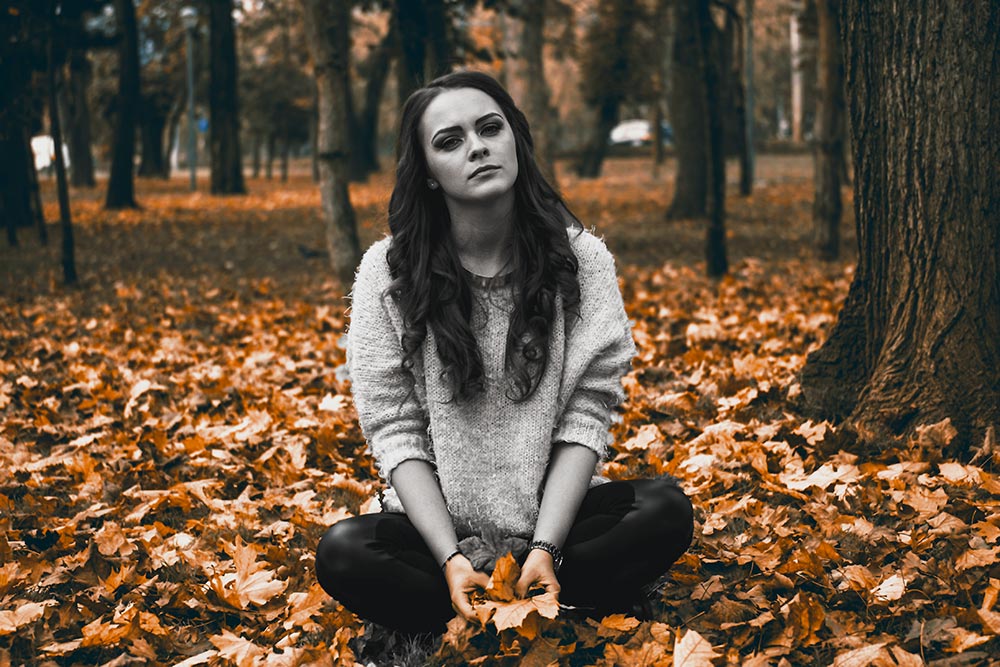 Six-years after a European Court ruling back in 2004, the NHS commissioned a healthcare specialist video company, based in Manchester, to produce a number of films focusing on Mental Capacity. Ten-years on, we look at the impact of these films and what progress has been made since in one of the most important areas of Mental Health for people in later life.

It all started in 1997, when the young person, ‘HL’ had his transport rerouted on his way back to his carers. Being unable to cope with change, HL had a full-on meltdown, resulting in being sectioned under the Mental Health Act 1983. Suffering abuse in the system for several months and, being unable to see any visitors, HL’s carers eventually got him back home. Infuriated at HL’s treatment, they took the case right up to the European Court of Human Rights. This ruling changed the face of how people are treated and put the onus firmly on the healthcare profession to formalise their decisions around restricting liberty.

Looking after an individual with Autism like HL can be challenging and rewarding at the same time. As a parent of two children with this lifelong condition, I have a reasonably good insight into what’s involved. Possibly the biggest challenge of all is other people’s lack of general awareness of the condition; thinking that the affected child is either ‘naughty’ or ‘defiant’.

Very often strangers put it down to poor parenting or the child being rude. Some believe that watching Rain Man, The Big Bang Theory or Forest Gump, makes them an expert on Autism.

As the child grows into adolescence and adulthood, the challenges continue to grow. Prisons are bursting with people suffering from Autism and very often, it goes undiagnosed.

The Bournewood Ruling isn’t about Autism. It affects everyone with a mental health condition, and, where it comes to depriving people of their liberty, it’s in later life where the problem is generally more prevalent.

Whilst it’s become fashionable to talk about Mental Health and Mental Health Awareness, the discussion is skewed towards topics like depression, anxiety, suicidal thoughts and PTSD. It appears that older folk’s plights tend to go under the radar, because perhaps it is simply ‘goes with the territory’ of growing older. Nevertheless, the problem is getting bigger as the over 70s demographic grows.

It took four-years after the inception of the Mental Capacity Act (MCA) 2005, for the Government to put DoLS into effect. DoLS, or more formally, ‘Deprivation of Liberty Safeguarding’ was designed to restrict or limit an individual’s formal ‘right to freedom’.

This basic right to freedom could only be restricted if it could be proven that an individual didn’t have the ‘mental capacity’ to make their own decisions, for example, if they didn’t fully understand the risks and dangers of leaving the building.

Four-years after the MCA, DoLS followed and despite the best efforts of the Government of the day, it was chaos. Psychiatrists, Paramedics, Social Workers, Occupational Therapists. GPs, Care Homes and families were all oblivious to both the processes and legalities of the MCA and DoLS. There hadn’t been any training provided. It was only a matter of time before someone else being unlawfully deprived of their liberty would make the next headline.

The NHS, together with one of the brightest minds in Social Care and Nursing, decided that there was an urgent need for training. Thinktank in Manchester got the call to see how it could help getting a very complex message across to a wide audience. Having a longstanding background in making films for the NHS, thinktank was commissioned to make three films focusing on dementia care, care in the community and on Mental Capacity in general.

Thinktank scripted the films, producing them in live A&E and Care Home environments. The video company Thinktank wanted to make it as realistic as possible, including real-life doctors and patients, willingly giving their consent in making thought-provoking ‘realistic’ drama-style films.

The award-winning films inspired consultants, care homes and social workers to reboot their views on Mental Capacity. For the first time, decision-specific capacity assessments could be made with confidence. Plus, care homes could see there was a clear pathway for issuing emergency DoLs. The result should have been an NHS and Care Sector competent at making assessments in a patient-centric way, protecting patient rights as well as protecting them against harm which they were had little insight into.

Whilst the message was well-received, there was still a fundamental lack of understanding about how to make decisions regarding capacity. With the overwhelming pressure on Adult Social Care, the revolving door of Social Workers – if patients were even lucky enough to see one – all took its toll.

The ‘informed’ Social Workers and even Consultant Psychiatrists were making informal capacity decisions, saying, person X has the capacity or they don’t. This was very often based on chatting to people once and without any formal paperwork or structure to making individual decisions. And, these were the ‘trained and informed’ individuals. I witnessed a Paramedic attend a scene of a patient who was having a seizure due to alcohol withdrawal. The patient clearly unable to speak and unaware of their surroundings, a tick box was filled in; Patient has capacity’. I remember asking why the Paramedic had done this. “We’ve been told to tick this box,” came the answer. The Paramedic was doing his best. After all, none of his colleagues received any formal training.

At the same time the Enduring Power of Attorney morphed into the Lasting Power of Attorney and Solicitors had their own problems coping with this, without having to simultaneously grasp the MCA and DoLS. So, what initially started out as a positive learning and training programme, fell by the wayside, leaving each local area to sort out its own approach to DoLS.

Ten years on – Defining the ‘deprivation’

Ten years after Bournewood, depriving liberty was back in the news again. More precisely, back in the Courts again. Further north this time in Cheshire. As well as defining deprivation, Local Authorities (LA) and the NHS wanted clarification about the Relevant Persons Representative or RPR. The 2015 ruling placed greater strain on LA’s budgetary and human resources, given that it was now their responsibility to take matters before the Courts should they believe that the RPR or an Independent Mental Capacity Advocate, were derelict in their duty of care to the individual whose liberty had been deprived.

The Courts clarified what constitutes deprivation; an individual under constant supervision who is not free to leave the premises and doesn’t have the capacity to consent to their care.

The resultant effect of this Court ruling was to significantly reduce the high threshold required for issuing a DoLS application and subsequently, leading to increased use of this tool to deprive liberty.

The Rise and Rise of DoLS applications

First introduced on April 1st 2009, DoLS applications grew steadily from around 7,000 in the first year to just over 11,000 by 2012, three years later. Applications then fell slightly, before More than 50% of the applications were for people 75+ and half of the total applications in the UK involved individuals with a diagnosis of dementia, in one form or other. By 2014, the year of the new landmark ruling, applications had grown to 52,000.

The Cheshire West case made it a lot easier for applicants to apply for a DoLS and as a result of the case, there was a vast increase in the number of applications year-on-year, with numbers now approaching a staggering 250,000.  The average time for a DoLS application to be completed is 147 days, against the statutory framework of 21 days, despite many applications being terminated before completion, mostly due to ‘change in circumstances’.

The concept behind DoLS was well-conceived, formalising the harsh but necessary steps needed to restrict someone’s movement and lifestyle, offering help and support for individuals who may not understand the dangers they may be placing themselves in.

DoLS is being replaced by Liberty Protection Safeguards or LPS. Essentially LPS is a ‘DoLS version 2.0’. Individuals will still be deprived of their liberty, but under a different name. From anyone affected by an LPS, the effect is invariably the same as under DoLS, with a difference that LPS can now be implemented outside the formal hospital or care home setting.

This will enable better care planning and more scope to provide care in the most suitable environment for individuals. Additionally, the professional guidance being developed is likely to result in more informed decisions, particularly for those with complex care needs.

The benefits of the LPS are beyond the scope of this article, however, an LPS can be placed on an individual aged 16, unlike DoLS and applicants are potentially liable for criminal prosecution, should there be an attempt to apply for an LPS without sufficient due diligence taking place.

What are the challenges

Having spoken in depth to hundreds of professionals involved with DoLS, the problem remains the same for the NHS and Local Authorities. A need for good training and real-life scenarios discussions. LPS may be the answer to DoLS, but new legislation doesn’t necessarily mean that things will improve long-term, without the right kind of support and assistance the Government, NHS, Care Sector staff and Local Authorities need. Having been instrumental as the video company who designed the initial DoLS training back in the day, Thinktank understands what it takes to get the message right and importantly, how to back this up to get the highest level of engagement when rolling out LPS.

Guidance notes: Thinktank has been making public information films and video productions around health advice and guidance for the NHS and pharmaceutical companies for over 20-years. The founding members of the company were BMA award winners for medical education films, in the 1990s. Thinktank scripts, advises, produces, directs and films video productions for a wide spectrum of NHS and healthcare films, including Mental Health.